For the last few years, it seemed like every bakery in America had a neat display of cupcakes in their window. Cupcakes were served in lieu of wedding cakes. Guests could eat a cupcake instead of a full slice of cake and not feel guilty about it. Cupcakes were everyone’s favorite treat.

But are they still America’s favorite confection?

While cupcakes still remain popular, macarons–a French sandwich/cookie that is eye-catching and tasty have begun to rival the almighty cupcake. Macarons (not to be confused with macaroons, a baked coconut cookie) have recently began to pop up at events due to their size, taste and mobility.

A macaron consists of two layers of a light-meringue made from almond, sugar and egg whites, and is traditionally filled with ganache, butter cream or jam. Traditional flavors include chocolate, strawberry, vanilla and pistachio. However, bakeries are beginning to become experiment with more unusual flavors of cupcakes. Some of the most unique concoctions have included green matcha, passion fruit and even bacon.

“We’ve made beet, passion fruit and red bean paste fillings,” says Liz Karnaga, Co-Owner and Cake Decorator of Layer Cake Bakery in Irvine, CA, which specializes in making macarons. “You can try all sort of fillings. It really depends on your market and what your customers want. The passion fruit filling is actually one of my favorites, and is one of our most popular fillings.”

Karnaga has noticed a demand for macarons over the last four years. The macarons were originally not very popular–Karnaga and her staff had to push customers to try them.

“We only had about two to three different flavors when we first started selling them, and they weren’t very popular,” admits Karnaga. “People still really wanted cupcakes. But today, people are definitely buying the macarons–and we have a lot of demand for them for events.”

While macarons are on the rise, there is one tricky part about them: they are difficult to make. Unlike cupcakes, which can easily be made at home, macarons require a great deal of work and baking expertise to make. They are also more expensive than the average cupcake, due to the fact that their base is made from almond, not flour.

“Macarons are much more difficult to make,” explains Karnaga. “But I don’t think that this will deter people from wanting them. As I see it, macarons are the “hip” choice for events, but cupcakes will always remain a staple. People like cupcakes. They’re a comfort food, and they remind people of their childhood.”

While Karnaga does feel that cupcakes will continue to hold their own against macarons, she does admit that macarons may be a better choice as a dessert for parties.

“Macarons are easier to handle, easier to transport, and they’re not messy,” says Karnaga. “When you are transporting cupcakes, there is always the chance that the frosting will melt or be crushed. With macarons, you don’t have this problem. And you can match a macarons to the color scheme of your event. If your event has say, a black and pink color scheme, you can make the macarons black and pink. It‘s great!”

So are macarons the new cupcakes? According to Karnaga, it’s still too soon to tell.

“People do like macarons. There are three to four flavors in every bite, and there are so many different flavors. But I don’t think that we have seen the last of cupcakes. They are still in high demand. But in terms of event planning, I think that macarons are a better, more affordable choice for parties.” 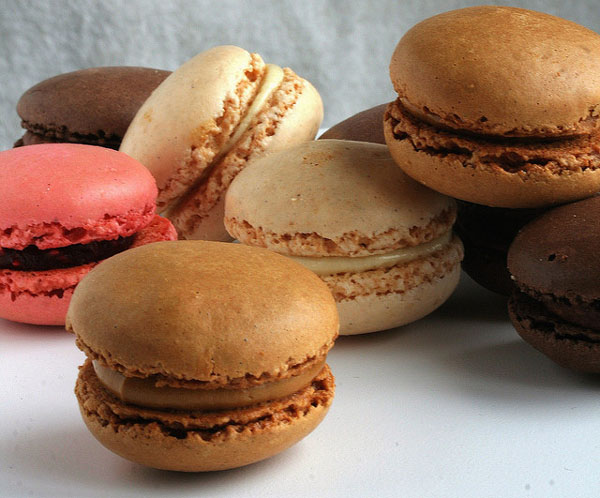